We are in full compliance with the Governor's Mandate in doing all that is possible to protect you, our customer, as well as all of our employees. Click here

Moving can be a big undertaking, so finding the right moving and storage company is essential to having a successful move. That’s where My Guys Moving & Storage in Norfolk steps in. With more than 25 years of experience in the moving industry, we have the knowledge and resources needed for a stress-free move. We’re a family-owned and operated business in Virginia Beach, so we understand this community and its needs. Whether you’re in need of  long-distance or international moving experts, My Guys Moving & Storage is the smart choice.

First incorporated as part of the Elizabeth Cities jurisdiction in Great Britain’s Virginia Colony in 1619, Norfolk is one of America’s oldest cities. It is steeped in tradition and culture, and has a great deal of historical significance to the U.S. The city is considered the historical center of the Hampton Roads region of Virginia and many of Norfolk’s streets and neighborhoods are still adorned with 19th-century style homes and buildings. Norfolk is a huge shipping and commerce area with a large freight port, it also has the largest Naval base in the world, Naval Station Norfolk.

Much of the historical attractions in Norfolk are located in the Ghent District. The Chrysler Museum of Art has been called the finest art museum in the state by The New York Times, and it comprises more than 30,000 objects that span over 5,000 years of world history. The Harrison Opera House is the home stage of the Virginia Opera, which performs to sold out opera crowds regularly. The historic Naro Theater, now the Naro Expanded Cinema, has been entertaining moviegoers since the 1960s.

Norfolk also has many modern attractions, including Nauticus, the National Maritime Center, which features hands-on exhibits, interactive theaters, aquariums, digital high-definition films and many educational programs. The USS Wisconsin is a great old battle ship to spend a day exploring, and cruises visit the city via the local cruise ship pier.  Large concerts and events are often held at either the Norfolk Scope arena or the Ted Constant Convocation Center at Old Dominion University, while The Norva provides an atmosphere that is smaller and more intimate.The basketball games between Old Dominion University and Virginia Commonwealth University are usually quite entertaining. Downtown revitalization efforts have filled Granby Street with a variety of clubs that cater to all types of musical tastes. 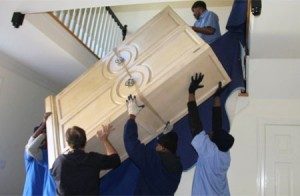 For a trustworthy name in moving within Norfolk think of My Guys Moving & Storage first. Whether you need packing supplies, storage space or the help of moving experts, we’re the right movers for the job. Call us for more information, and check out some of the useful moving tips on our website. You can get a free quote by filling out our online form, and also you can book with us now by calling (757) 463-3001.

Get a Free Quote

Moving? Let us help you! With just a little information about your move we can get started with a free moving quote.

Know exactly what you’re moving? Complete a Guaranteed Price Request for a fixed price on your move.

David Drake
01:09 13 Jun 17
Great Company with very talented workers. Crew was very knowledgeable and with outstanding work ethic. Would highly recommend them.read more
Frank Yeh
18:12 30 May 17
Great moving company. Darrin was very professional and made it easy for me to reserve my move date. The movers were very professional, courteous, and did not "milk the clock". I would use them again read more
vanessa horne
20:05 23 May 17
This company is the most professional fast working team I have ever had...they made a stressful move so much easier ! Recommend them 100 %read more
Christopher Hayes
01:15 16 May 17
Great service, everything was moved safely and the guys were really nice. I will 100% recommend this company to anyone who needs a moving service.read more
victor taylor
07:30 11 Jan 17
Customer service! From the start this company took the extra effort to help me with my move. After buying a house they understood I was on a budget. They happened to be completing a move near my old house and were able to save me hundreds of dollars in supplies by dropping off some used boxes. The guys took good care of my furniture. They worked so hard that they completed the job three hours ahead of the estimated time shedding hundreds off the estimated price. Great job guys. Antwon, Kelly, tommy and the fourth gentleman did a great job.read more
The READ Center
18:24 01 Feb 16
Thank you for moving us so professionally! The crew called to tell me when they were arriving and arrived on time. They did a quick survey of our job and then moved quickly and efficiently. They did whatever we needed them to do and were so very nice. Everything arrived is good shape (no damage) and all our furniture and filing cabinets were placed where we needed them. Moving is not fun, but My Guys made it as easy as possible. We would definitely use them again. Thank you! read more
Patti Hornstra
16:34 13 May 15
My Guys Moving & Storage is wonderful! I've used them several times personally, and have referred them to a number of clients--with no complaints ever!! I find their crew to be dependable, professional, courteous, and reliable. They have always taken great care with my furniture and belongings. read more
Next Reviews 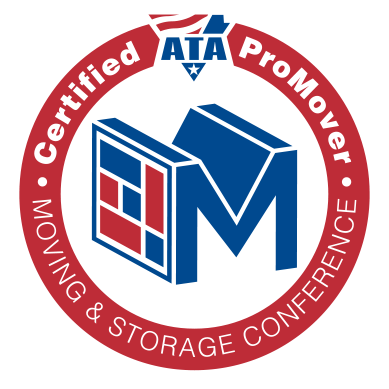